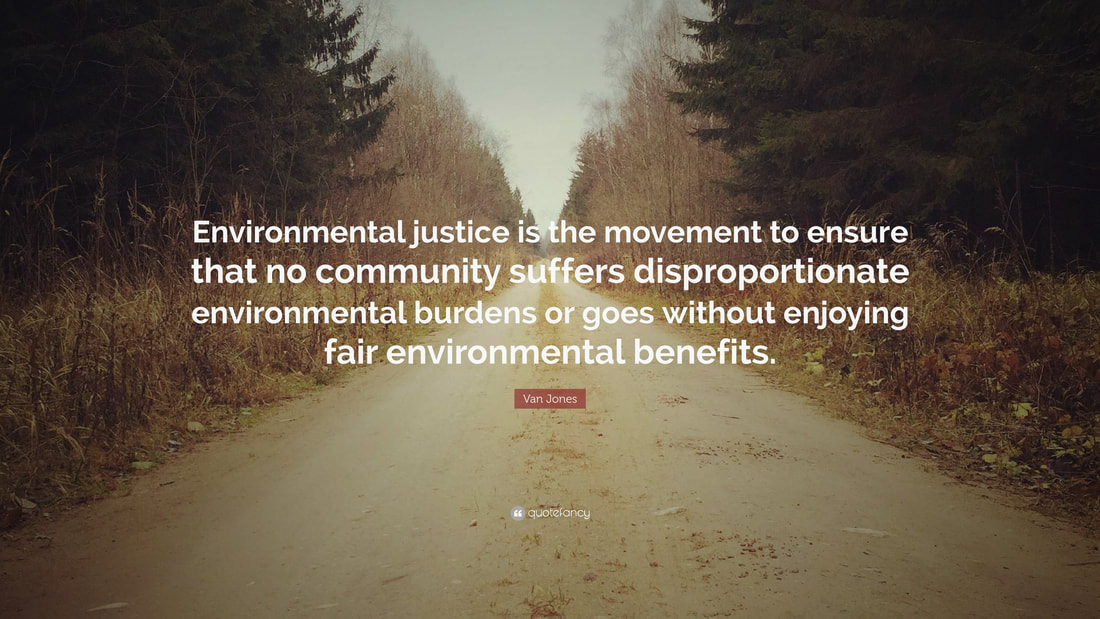 Lilla Watson, an indigenous Australian artist, academic and activist once said, "If you have come to help me, you are wasting your time. If you have come because your liberation is bound up in mine, we can work together".  It is undeniable that our current environmental crisis has bound all our fates together. Whether rich or poor, strong or weak, young or old, brave or meek, we will all experience the consequences of a warming planet and dwindling supply of resources. While the wealthier, more able-bodied and more fortuitously located among us may fare better than others, there is no escaping the destruction that occurs when we take from our planet far more than we give. And when we, as citizens of the most powerful nation in the world, sit idly by, subject to the whims of world leaders and multinational corporations, we are in effect rendering ourselves prisoners.  It is this concept of imprisonment that I believe Lilla Watson implies when she urges us to see our own liberation reliant upon the liberation of others.

At the same time, it is true that some populations are more vulnerable to the effects of climate change than others.  As journalist, McKenzie Funk, bluntly states, “climate change is unfair[…]it tends to leave the big 'emitter countries' in good shape — think Russia or Canada or, until recently, America — while preying on the low-emitting, the poor, the weak, the African, the tropical”(6).  More specifically, “those in high-poverty and racial minority groups have the most propensity to receive the harm of environmental injustice. Poor people account for more than 20% of the human health impacts from industrial toxic air releases, compared to 12.9% of the population nationwide”(“Racial/Ethnic Inequality”).

Environmental Justice  is the fair treatment and meaningful involvement of all people regardless of race, color, national origin, or income with respect to the development, implementation, and enforcement of environmental laws, regulations, and policies. It recognizes that climate change is not just an environmental challenge, it is a social justice challenge as we’ve witnessed increasing rates of cancer, asthma and other pollution-related health issues more concentrated in low income and minority communities, like the predominantly African American community nicknamed, “Cancer Alley”-- an 85-mile stretch of the Mississippi River between Baton Rouge and New Orleans  home to 125 companies that produce one quarter of the petrochemical products manufactured in the United States.

Why should a company's desire for profit override the health and agency of individuals? It is irrefutable that we need to sustain an ever-growing population, but we have to consider the cost to ourselves, our grandchildren,  and our planet. The utilitarian principle of the needs of the many outweigh the needs of the few, which far too many among us use to defend such practices as those along Cancer Alley, is only true today. If we zoom out both in space and time, we’ll see that environmental injustices affect a greater majority than at first glance.

We must consider the land as part of our community and not just a commodity, something that is here for our benefit. If we had this mind shift, then we would not just look upon a piece of land and see only dollar signs, but rather as something worthy of dignity and respect, something with which our own liberation is bound. As Edward Abbey writes, “we can have wilderness without freedom; we can have wilderness without human life at all; but we cannot have freedom without wilderness, we cannot have freedom without leagues of open space beyond the cities, where boys and girls, men and women, can live at least part of their lives under no control but their own desires and abilities, free from any and all direct administration by their fellow men.” Indeed, as Abbey implies,  a world without wilderness is a cage, and a destruction of land is ultimately a destruction of ourselves.

However, when decisions about a piece of land are made thousands of miles away, from the air-conditioned confines of the Oval Office, or corporate headquarters, it is hard to see anything else but dollar signs. Thus, environmental justice demands that everyone has a seat at the table, that everyone has a voice in policies that might affect the environment in which we raise our children, and our children’s children.

When I speak of giving all people a seat at the table, I mean ALL people, including our youth. Any justice movement would be incomplete without involving the youth. They have far more to lose than we old fuddy duddies do. However, all too often, schools, the places were youth spend the majority of their waking hours, treat students as empty vessels, sponges that exist to absorb the wisdom of their elders, or the mind-numbing facts within textbooks, rather than individuals capable of solving the most pressing challenges of our times.

The burden for change falls on all our shoulders. Yes, governments at all levels need to have the courage to pass policies that protect people and places.  Businesses need to follow ethical practices that respect the land and individual citizens. But individual citizens also have a responsibility to consume wisely, to vote, to engage in the civic process, to make their voices heard rather than bang their heads against the walls in frustration. The difference between an engaged life and an apathetic life starts in childhood.

Thus, if the environmental justice movement is to succeed, it  must empower students to feel a sense of agency and confidence in their ability to affect change. If we only expose students to the problems without engaging them in REAL efforts to bring about solutions to those problems, we set them up for developing cynical and apathetic attitudes about the civic process, about their ability to bring about change. I want my students to feel like they can make a difference and not just “some day”, but today. To do this, educators must partner with organizations and people actually doing the work, and inspire students to contribute to that work in meaningful ways.

Unlike most teaching practices that are more akin to a top-down imposition of will, my proposed methodology gives voice to those most impacted and allows them to decide what the problems and solutions are. As American author and educational guru, Alfie Kohn writes, “Students should not only be trained to live in a democracy when they grow up; they should have the chance to live in one today.”

I’d be willing to bet, that if students worldwide had this chance, they’d choose policies that made sure there’d be a clean place to live when they cease to be children, and start having children of their own.